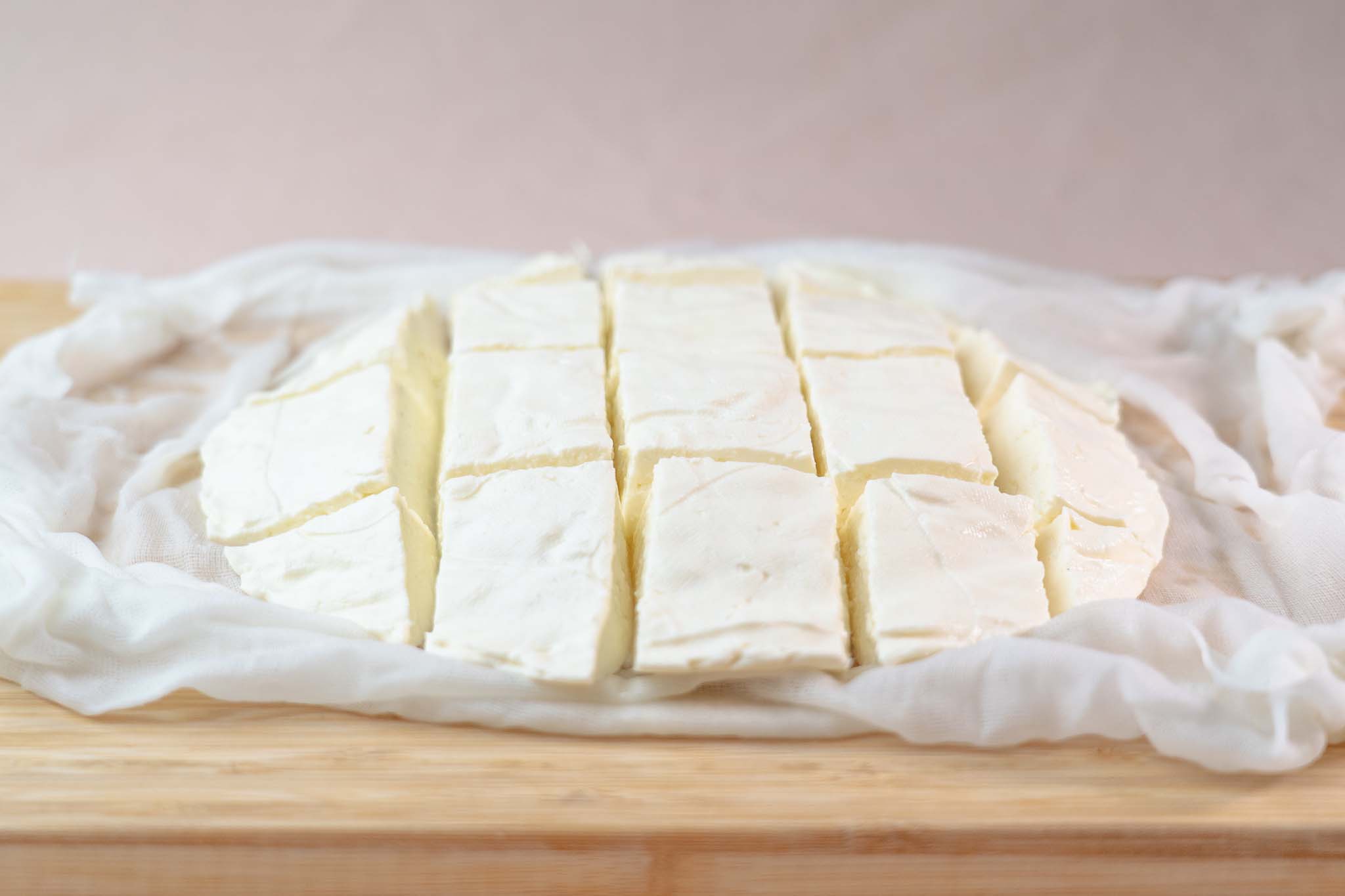 Using different types of milk to make cheese is a great way to experiment with flavours and textures. If you’re lucky enough to have a supply of raw milk or want to try goat or sheep’s milk instead of cow, then you’re in the right place. Below are a few of the questions we commonly hear regarding moving away from the conventional supermarket refrigerator.

Yes, raw milk is generally safe to use for cheese making. The biggest concern with raw milk is the bacteria present in it. This bacteria can come from the cow or be picked up throughout the process of milking. It doesn’t mean it’s all bad bacteria, it’s just an unknown which you need to be aware of. If you are comfortable with your milk source, then it is your choice. Raw milk does make deliciously creamy cheese!

One watch out is that the bacteria already present in the milk might compete with your cheese culture. If this happens you might not see a curd forming as the milk bacteria are more likely to win the battle. Raw milk (cow, goat or sheep) is also best to be used within 3 days of milking for the best results, the fresher the better.

If you’re not 100% sure, then we recommend you pasteurise your milk before getting into cheese making. You will still have delicious cheese but also peace of mind that you’re not going to have issues down the line.

How do I pasteurise my milk?

There are two methods to pasteurise your milk, both will achieve the same results but make sure your temperature remains consistent.

If the milk temperature goes higher that is ok but you are likely to get some flavour change and more caramelised notes in your milk.

Do I still need to use calcium chloride with raw milk?

Absolutely! In fact, it is even more important with raw milk. The addition of calcium chloride helps to standardise the level of calcium in the milk, which is needed for consistency in the cheese making process. With seasonal changes the composition of the milk will change slightly, this is natural. Normally this would be standardised in a factory but if you’re using raw milk the calcium chloride will help with this.

What is the difference between cow, sheep and goat’s milk, other than the animal it comes from?

The diet and digestion of the animal has a big impact on the final composition of the milk.

Cow’s milk has bigger fat molecules which means your homemade cows cheese has a heavier feeling in your mouth. It has a similar level of protein to goat’s milk but has very little flavour profile, other than what is generally known as milky.

Goat’s milk picks up the acrid flavours of their diet, which equates to anything they can get their mouth on including brambles and thorny grasses. This come through in goat’s cheese as the ‘goaty’ flavour that can be quite polarising. The fat molecules in goat’s milk are small which means it has a smaller and softer curd, which can sometimes be difficult to handle when making cheese.

Sheep’s milk is significantly higher in fat and protein than either cow or goat’s milk. This means the solid content is much higher in the milk and it makes the best buttery, rich cheese. Some nutty flavours might be picked up from sheep’s cheese but less so than with goat milk flavours.

Can I use sheep’s milk in all Mad Millie cheese recipes?

Almost, mozzarella won’t work particularly well so we recommend you sticking with cow’s milk for that one.

For everything else definitely give it a try! Some tips below:

Can I use goat’s milk in all Mad Millie cheese recipes?

Yes, goat’s milk can be used in any of our recipes. With the composition of goat’s milk, it has a more delicate curd and may take a while to form. If you’re having trouble, try doubling the amount of rennet added and then be a little bit patient!